Velo Voice / B2B Branding / Localising your B2B campaign for local markets: how to make it work

Localising your B2B campaign for local markets: how to make it work

Localising your global campaigns provides an opportunity to increase market engagement and lift your ROI. That seems pretty obvious, but why then do so many companies fail to make their content relevant, engaging, and easy for their potential international audiences to consume?

Well written and easy-to-understand messaging in a native language makes readers feel more relaxed, and therefore more likely to take action. But, if you never localised your campaign before, where do you start?

We think it requires a three-pronged approach:

Aim: What are your priority markets, and what language do they speak?

Generally, localising content for everyone can be cost and/or time prohibitive, and selecting which countries to localise for can be tricky. For example, major Scandinavian countries already utilise English in a business setting and would, believe it or not, likely ask for your English source should you offer them localised content.

So, make a list of your target markets that would struggle to fully understand your content in English, or those who silently translate campaigns into their language without telling you why. There’s a higher chance they would take a second look at your content once it’s localised.

Another challenge here is to establish the key language to reach your target audience, and what dialect.

Latin America is a good example of a linguistically complex territory. Around 60% of the population in Latin America speak Spanish, but the Spanish they speak (Rioplatense dialect being most common) is very different from the Andalusian dialect spoken in Spain. Just like the difference between American-English and British-English – it might look very insignificant at first, but localisation might have a big impact when trying to stay competitive in the global marketplace.

Tone: How do your markets speak?

When we ask our clients if they have a glossary in place, it’s usually followed by a sigh. In an ideal world everyone in your business from Britain to Bulgaria, America to Azerbaijan should be using the same product names and similar vocabulary to describe them. But you’d be surprised how many markets ignore globally-approved terms to use those proven to be most beneficial in their market.

The truth is – they know their customers better than you do. And that’s how it should be. So getting a list of their terminology, expressions, preferred tone, and speaking style can make your life much easier when engaging with international customers. Achieve the right tone alongside the right imagery and half your job is done.

Don’t leave your conversations about the language, style and tone for when you are just about to localise your content. Start thinking about it as early as the planning stages and before you start writing your global messaging. For that, you might need some context.

Context: What should I know before starting localisation?

Not every global, English-language campaign will work in native languages. We’ve all come across at least one of the many well-documented mistakes, even by some of the biggest brands. Schweppes tonic water translating to “toilet water” in Italian, Pepsi’s ‘Come Alive’ campaign translating in the Chinese market to ‘Pepsi brings your relatives back from the dead’. Not quite the messaging they intended!

However, you don’t necessarily want to sacrifice your beautiful copywriting just to get it working for regional markets, in the same way as you don’t want revenue in one market to grow while others hibernate because of your campaign.

One solution that we’ve successfully tried and tested is creating a master campaign. You can craft and localise this master campaign for an English language audience, but you also have something that works perfectly for translating to multiple languages. Before making any decisions about the markets, engage them in a dialogue. Give them a voice at the start and ask their opinions about what they like, don’t like or what they think will work for their markets. People support what they help to create.

Don’t start any expensive translation before you engage with your territories. Let them comment not only on the wording, but also on imagery, on sequence and on asset choice. It’s not just words that can be misconstrued – beliefs, values and cultural references need to be considered.

Of course, you won’t establish all of this on your first outing. You’ll need to use trial and error for the first few campaigns until you set up a strong dialogue around how you can help deliver the most value from localised content for each of your specific markets.

These are just three helpful hints on how to make your campaign localisation easier. We believe there’s one more step: your previous campaigns.

Releasing a multi-market campaign can be laborious, time-consuming and, let’s be honest, sometimes a little frustrating! Ensure you have all campaign tracking in place to see how each of the markets use your assets and what value they drive – this will give you the data to adjust your current campaigns accordingly to achieve success.

With this extra knowledge around each market and a strong dialogue with your global compatriots, the chances are you’ll deliver better content, better campaigns, and better audience reactions around the world. 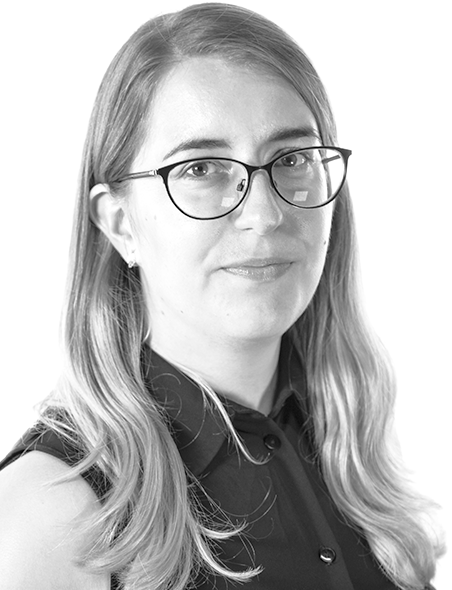 What does good thought leadership look like for companies targeting a niche?
23rd January 2023

How we create value for our clients
25th September 2019